Bethesda Heilungsdienst
Our focus is on helping individuals, families and groups get healed and free through effective Christ-centred prayer ministry. Bethesda Healing Streams), founded in 2013, is networked with various churches and organisations in Switzerland and elsewhere. 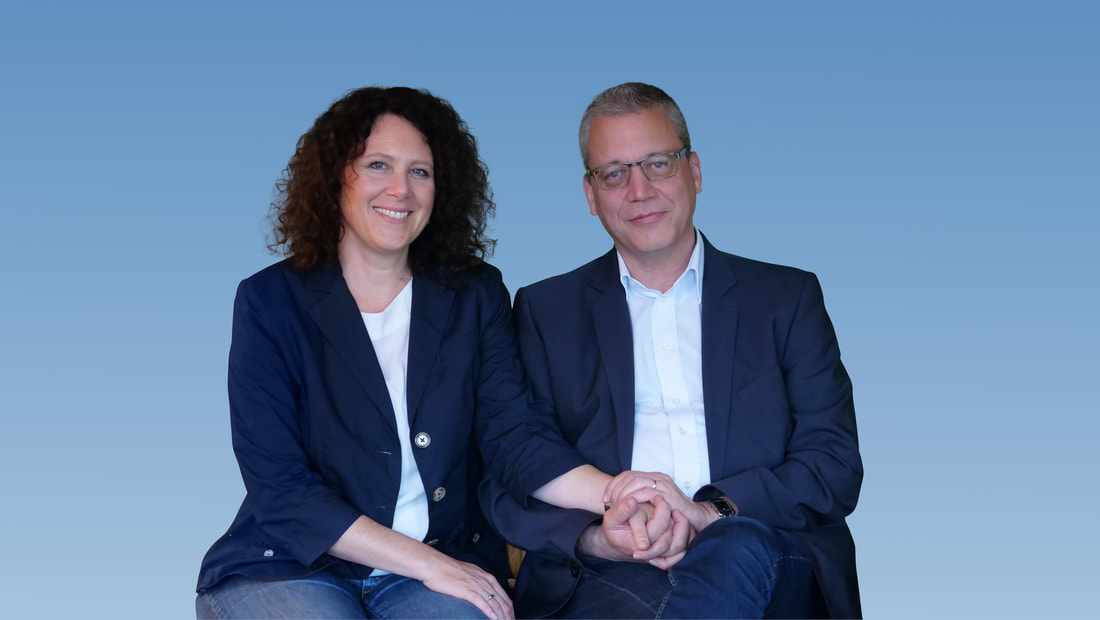 Daniel Baumgartner
Daniel has a Masters in Theology (STH, Basel) and postgraduate studies in pastoral and marriage counselling from Trinity College, Bristol in the UK, and is an ordained minister. He spent ten years working in pastoral missions in northern Argentina, before movin  with his family to Switzerland in 2007. His favourite Bible verse is Matthew 19:26: "Jesus looked at them and said, 'With man this is impossible, but with God all things are possible' ".

Esther Baumgartner-Taylor
Esther was born in Kenya to Swiss and English parents and moved to England at the tender age of seven. She has a BA in Hispanic and African Studies (Birmingham University) and is a trained secondary school teacher (Bristol University). As a mother of one adult and two teenage boys, her greatest joy is helping parents to help their kids and teens get healed and free so they can flourish. Esther is a second generation healing and deliverance minister, and daughter of Albert and Elisabeth Taylor, authors of "Ministering below the surface."